Chat with us, powered by LiveChat
Skip to content

BAJI has provided 3 types of Table Games. There was KM (KingMakers), JILI, and BPoker.

It brings the best online social gaming experience right at your fingertips.

We celebrate culture by keeping our games as closely knitted to its origin as possible by ensuring that our game designs, music, and ambiance portray the essence of its traditions.

From traditional table games like “ Vietnamese Fish Prawn Crab “ to the multiplayer Keno game in the market, immerse yourself into these captivating games and get a chance to earn great prizes.

For the KingMakers, we has provided the games below :

Besides that, we also have provided you with a game of JILI. One of the games, Andar Bahar, is the same as KM, but different from the platform.

The remaining two games are as follows : 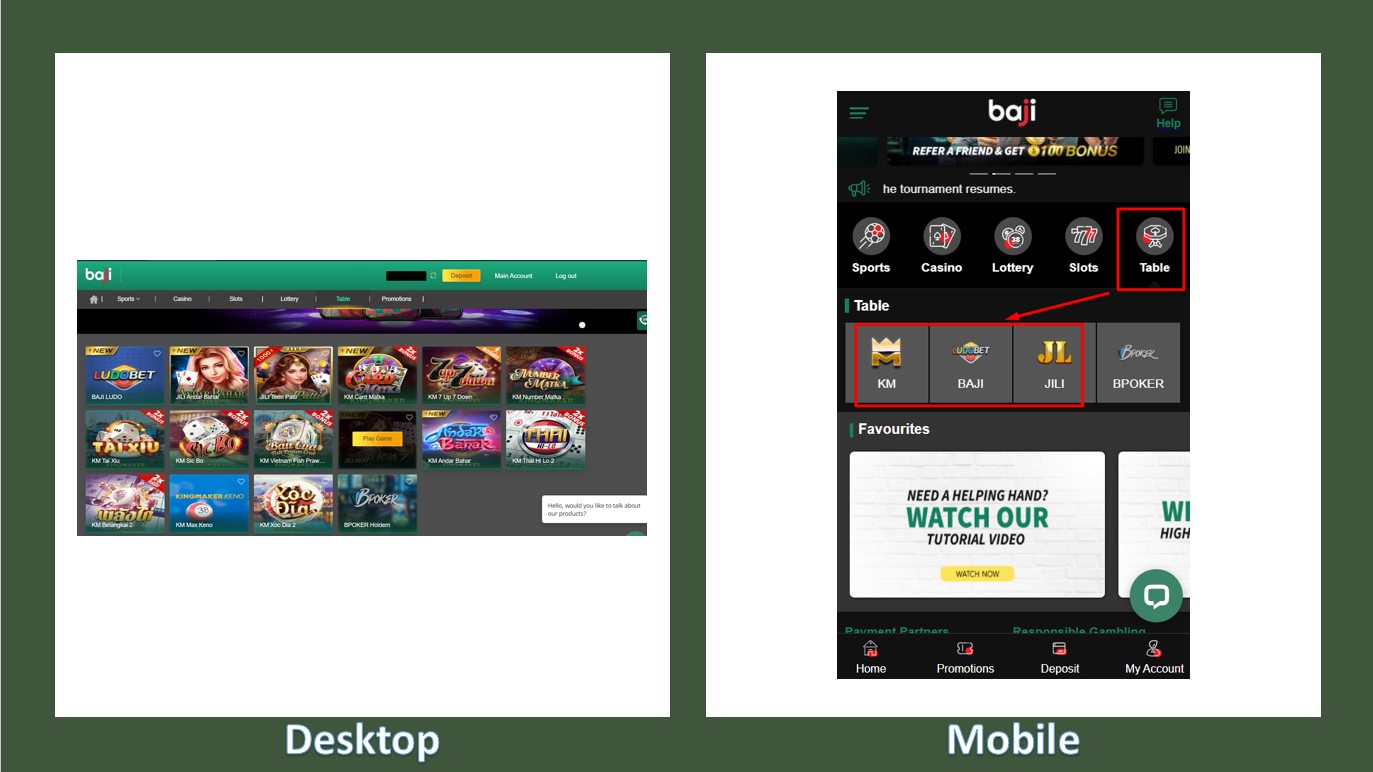